Home » Tutorial » Networking » How to Configure a Cisco Router as DHCP 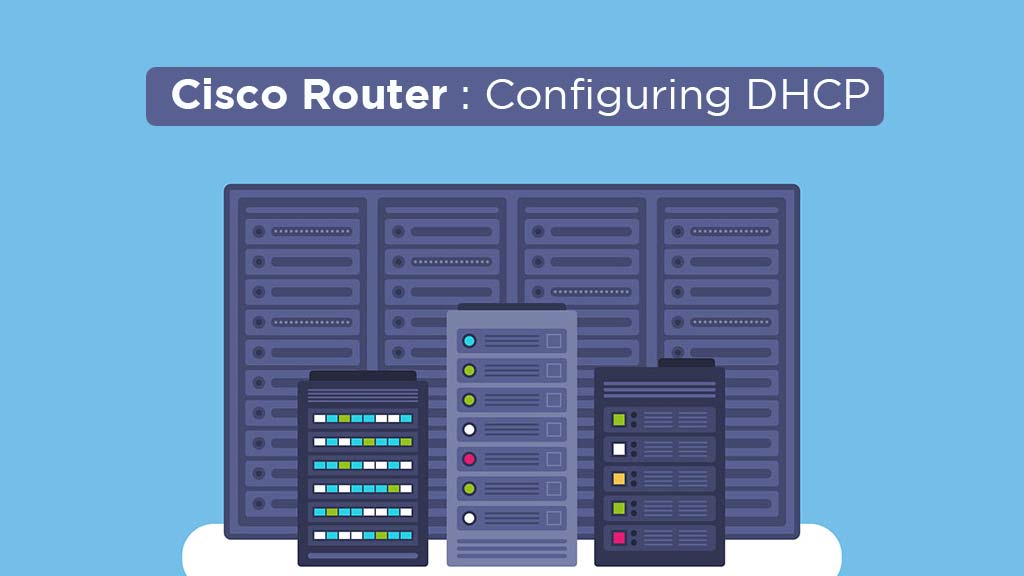 How To Configure DHCP Functions on Cisco Router

Most routers come with console cable that has one DB-9 end and the other end is RJ-45 connecter. The cable is usually a slim ribbon that looks different from the regular LAN twisted pair cables. After connecting the console cable to the computer, using the DB-9 connecter or the USB, software for terminal emulation is required. The basic settings that need to be done in the terminal emulation software are the following :

How to Configure a Cisco Router as a DHCP Client

When your ISP gives you a dynamic IP address upon each connection or you need to configure the router to obtain its interface IP address automatically. Then you need to know how to configure a cisco router as a DHCP Client. It doesn’t need any special requirements and this is done by using a single command :

Some service providers might ask you to use a client-id or a hostname of their own choice. This can be done by adding the following parameters to the command below :

How to Configure a Cisco Router as a DHCP Server

2. Configure The Parameters To Be Sent To The Client

Cisco devices running software include Dynamic Host Configuration Protocol server and the relay agent software. The Cisco IOS DHCP server is a full DHCP server implementation that assigns and manages IP addresses from specified address within the device to DHCP clients. The DHCP server can be configured to assign additional parameters such as the IP address of the Domain Name System (DNS) server.

To provide the name of the domain of the network (if in a domain environment) :

To provide the IP address of the NetBIOS name server :

To define the lease time of the addresses given to the client. You can make it infinite, which is not advised, by using this command instead :

There is a large group of settings that you can configure to be sent to the clients, and I have only mentioned the most frequently used :

3. Configure The IP Addresses To Be Excluded From The Pool

This is usually done to avoid the conflicts caused by the DHCP with servers and printers. Remember to give all servers and network printers static IP addresses in the same range of the DHCP pool. Afterward, exclude these addresses from the pool to avoid conflicts.

4. Enable The DHCP Service In The Router

Usually, the DHCP service is enabled by default on your router.

To disable it, use

5. Check The DHCP Operation On The Router

This command shows the current bindings of addresses given to clients.

This debug command is used to troubleshoot DHCP issues.

How to Configure DHCP Relay in Cisco Router

If you have a DHCP server other than the router and you would like the router to pass the DHCP requests to this DHCP server laying outside the LAN, go to the LAN interface that does not have the DHCP server and type the following command:

Where dhcp-server-address is the IP address of the DHCP server located outside this LAN.

Where dhcp-server-ipv6-address is the IPv6 address of the DHCP server located outside this LAN.