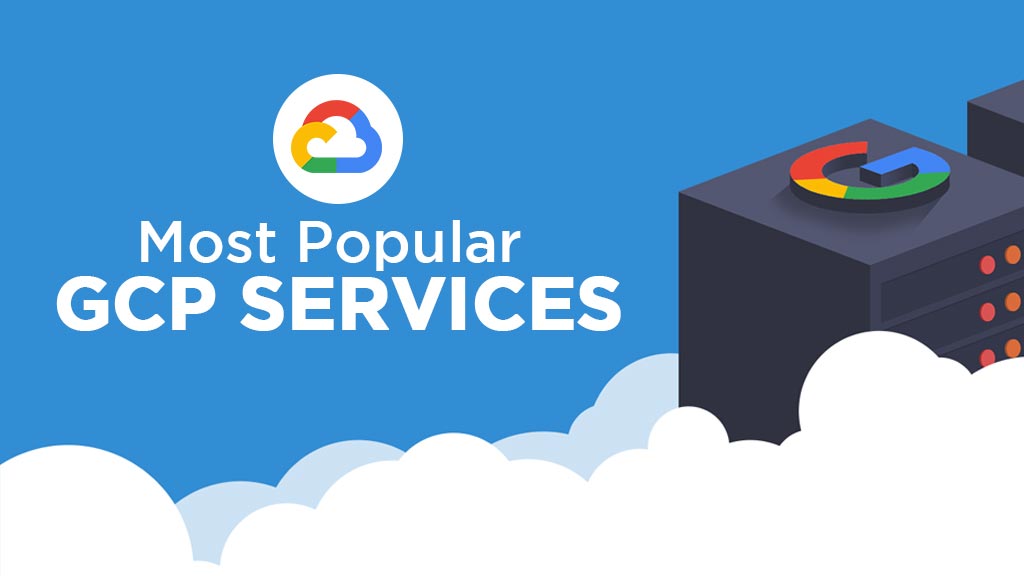 In this article, we’re gonna talk about 8 most popular Google Cloud Platform Services. As you know, Google Cloud Platform is the public cloud solutions offered by the search engine giant. It made up of a package of services that run on the same any Google products infrastructure, such as YouTube and Gmail.

This was first promoted to the public in October 2011. Ever since that time, it grows in popularity and is now the third most popular cloud platform, after Amazon AWS and Microsoft Azure.

What Can You Do With Google Cloud Platform?

GCP offers a wide range of services. It can be divided into several areas, computing, hosting, storage, networking, big data, and machine learning. These are 8 most popular Google Cloud Platform Services :

Many people asking, what is Google Compute Engine? It is one of the most powerful (IaaS) Infrastructure-as-a-Service on the market. You have to create and configure your own virtual machine instances. It gives you more flexibility and generally costs much less than App Engine. This provides the capacity to create a virtual machine to run an operating system.

A  Platform-as-a-Service (PaaS) component for building applications. With App Engine, it is possible to create applications with different types of languages and frameworks. App Engine supported by Go, PHP, Java, .NET, Ruby, Python, and Node.js. The difference between google app engine and google compute engine is you simply deploy your code, and the platform does everything else for you. For example, if your app becomes very successful, App Engine will automatically create more instances to handle the increased volume.

What is Google Cloud Kubernetes? Google Kubernetes Engine is a managed production ready environment. It is a managed orchestrator for the container, this is used to deploy, scale, and release apps containers into the cloud. Moreover, you don’t need to install, setup or even manage your Kubernetes clusters. Everything handled by the system automatically.

A compressed high-performance and proprietary data storage feature developed by Google. It’s columnar type (with key, columns and time stamp). It was designed based on Google’s needs at the time to store indexed data from web, but it was used in other Google’s products.

BigQuery as a RESTful web service, used to analyze a massively large number of datasets. BigQuery is a serverless, scalable data warehousing cloud product. It has an in-memory data analysis engine & machine learning built-in. You can create analytical reports with the help of the data analytics engine.

An event-driven serverless cloud platform. With Function, it is possible to create infrastructure as code, that is, infrastructure designed and implemented by the code.

This is a RESTful service for storing data on GCP. It is comparable to the Amazon S3 service. Google storage can store your data on their private servers according to your budget spending.

Cloud computing as of today has becomes one of the most frequently adopted technologies. More and more companies have started to use this technology for their projects. This change is driven by different factors, for example, a reduction in the cost of spinning up new projects.

Google hosts their resources in different geographical areas, because this reduces the risk of the system going down. Each of these locations known as a region. A region is essentially a Google data center. Every region is essentially a collection of zones. The zone has a specific name. This created using the name of the region and a number, which identifies the number of the zone, for example, europe-west2.

So, which one of those most popular Google Cloud Platform services suitable for you? Comment below!